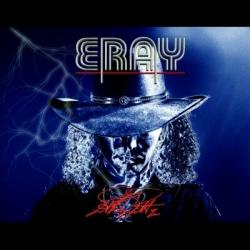 Ernest was born in Jackson, Mississippi, on the 4th of November, 1966. He grew up in a small town outside of Jackson called Brandon. His love for music began as a small child. Performing became a must at church services and neighborhood events.At school, later on, he entered and won several talent contest, and became locally well-known as a great young performer.Ernest began playing piano and singing for Gospel groups all over the South at the age of eleven. He began touring with “THE STEELE FAMILY” at the age of 15, which was led by one of America’s top Gospel entertainers today, Bro. Jeff Steele. This was Ernest’s first real band experience. The band consisted of young artists that also went to the same High School. Among these memebers were, David Meadows on base guitar, Charles Bagwell on drums and percussion, Bro. Jeff and Sherry Steele on lead vocals and compositions, and “FAITH HILL” also on lead vocals. During this time, the “ Steele Family” recorded a live album called “Sunday Night Live”. In 1994, Ernest recorded his first solo album, playing all instruments and composing all songs. This album was entitled “All It’s Gonna Take”. After this Mainstream Pop-Rock album, Ernest decided to return to playing the music that he was born to do. Country was his dream. He grew up with it, knew it, lived it, had it in his blood, and was determined to stick to it. This desire led him to join a European Country band called “SOUTHERN PACIFIC LINE”, founded by the steelguitar player, ”Bill Schulz”. This formation later developed into the award winning group “SILVERWOOD”. With their first album “Drive”, they received overwhelming response and awards throughout Europe. Ernest had the longing for something else though, the desire to complete another solo album, and this time it’s back to his roots, Country as a turnip green. His solo album contains 10 original songs, and features “Winfried Wohlbold” on steele guitar and dobro. It was recorded at “Nedworks Recording Studios”, and should be mixed and finished by early spring 2002. The album is called, “Just Me”.