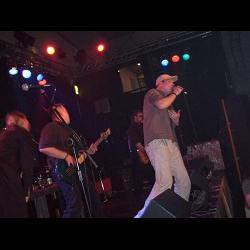 In 1998 Oversize hit the stages for the first time. Up to 2003 they had performed on more than 90 stages - some of them small, and some of them big. A wellknown Radiostation in their home city once had set up a contest for newcomer bands. Oversize enterd the contest with one of their ballads. The song was voted nr.1 and stayed at that position for a record breaking 12 Months. After some continuing differences the Band broke up in 2003. In 2012 the Band was revived by two of the original Members - Mike, the voice of Oversize, and his brother Chris.