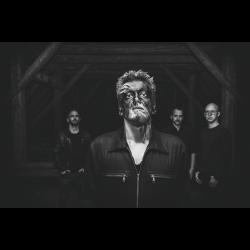 Based in 2001, SEKTOR 7 is still one of todays most popular Modern-Metal Bands in Austria. After winning many of Austrian Music Awards Winner Culture Race 2002, Winner Talent West Award 2003, Semifinal Austrian Band Contest 2004, Winner Radio Antenne Newcomer 2004, SEKTOR 7 stepped into a leading Austrian Newcomer-Metal-Band over the years.
With their attitude of an international acting liveband SEKTOR 7 performed and supported acts like SEEED, TOCOTRONIC or GOTTHARD in 2003, GENTLEMAN, DIE HAPPY or SUCH A SURGE in 2004, H-BLOCKX or DOG EAT DOG in 2005, SOULFLY or 4LYN in 2007 and many more out of the big pit of international selling artists including a live performance at the legendary METALCAMP 2007 in Slovenia.
In 2005, SEKTOR 7 released their 1st Video Control Denied, which hit the airplay of the swisschannel SF2 for 16 weeks. In Oct. 2006, SEKTOR 7 released their 1‘st full length record „7.1.3 borderline“, which is produced by the Band itself and recorded at the Austrian Starship Studio‘s former Peter Wolf Studio‘s.
SEKTOR 7 is a Modern-Metal-Band, which includes elements from HardCore and back-to-the-roots-Rock. A mix of emotional vocals with a very strong rhythm section. THE SEKTOR BURNS