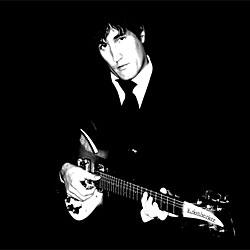 A GREAT ALTERNATIVE TO THE BORING ROCK MYTH
LUKAS SCHERFIG

The Front man of the Movement “LUKAS SCHERFIG” is going solo!

Singer, guitarist and composer. Born 1974
in Copenhagen, Denmark now based in Berlin, Germany.
Lukas Scherfig has toured all over Europe and Japan
as the front man, singer and guitarist of the MOD/Rock power trio
"The Movement".
Played shows with bands like Anti-Flag, Mad Caddies, Pennywise,
the Slackers, Yellowcard, Terrorgruppe, Flogging Molly, Beatsteaks etc.
Attended big tours and festivals like Deconstruction Tour,
Roskilde Festival, Rheinkultur and
played endless lists of clubs.

Now Lukas Scherfig has decided to end The Movement,
step out of the band structure and stand alone as a solo artist.

“I believe I can make a good soundtrack for many peoples life
With a soul feeling mixed with classic rock sound!
Lyrics about life!
The universal struggle for love! And the right to be who you are!"

Lukas Scherfig will play live with backing band
as well as acoustic sets, only him and his guitar.
The repertoire will be a mix between new songs and
old The Movement songs.